SANDY/HERRIMAN, Utah, Wednesday, May 27, 2020 (Gephardt Daily) — The National Women’s Soccer League announced Wednesday that the 2020 NWSL Challenge Cup will be held in Utah — without spectators.

The 25-game tournament will kick off on June 27 at Zions Bank Stadium in Herriman, with the tournament semifinals and final played at Rio Tinto Stadium in Sandy, said a news release from Royal Salt Lake.

Spectators will not be in attendance, the news release said, but the games will be shown on CBS All Access, with the opener and championship game also airing live on CBS.

The nine NWSL teams will train at the Zions Bank Training Center in Herriman and the America First Credit Union Field in Sandy.

“With the efforts of our frontline workers, our state’s early adoption of preventative measures, and our facilities at Zions Bank Real Academy, Rio Tinto Stadium and America First Credit Union Field, Utah is uniquely prepared to host the nine teams in the NWSL and put on a tremendous tournament,” Utah Royals FC Owner Dell Loy Hansen said. “With the full support of the Governor and the medical experts in our community, we are thrilled to bring the tournament to Utah.”

“Utah is home to strong health care systems and dedicated medical professionals — and public health and safety are always a top priority for our communities,” Utah Gov. Gary Herbert said. “Because of those factors, I believe our state will be a great location for the National Women’s Soccer League to host its competition in 2020. I’m grateful to Dell Loy Hansen for his work to find a solution that we believe will benefit the league and our community as a whole.”

“We’re really excited,” Utah Royals FC Head Coach Craig Harrington. “It’s obviously an NWSL tournament, but it’s being hosted here in Utah. We’ve been fortunate within the state that we’ve been less hit than other places have. We’re really excited to welcome everybody and be able to host all these world class players coming into market and put on games that hopefully the rest of the world will get some enjoyment from.”

The format of the tournament will feature the league’s nine clubs each playing four games in the preliminary rounds to determine seeding, the news release said. The top eight teams will advance to the quarterfinals, when the tournament becomes a knockout competition. The final match is slated for July 26.

A full tournament schedule, including game times and further broadcast details, will be announced soon. 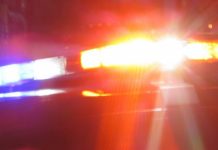