SALT LAKE CITY, Utah, Feb. 11, 2016 (Gephardt Daily) — The Utah Department of Corrections announced Thursday the resignation of the director of the Division of Adult Probation and Parole as well as one of its regional administrators.

According to a press release issued by the DOC, executive director Rollin Cook accepted the resignations of Geri Miller-Fox, director of the division of Adult Probation and Parole, and of Wendy Horlacher, regional administrator for AP&P Region 3 which covers Salt Lake, Tooele and Summit counties.

The sudden changes follow AP&P coming under fire after two violent felons walked away from the Fortitude Treatment Center in the last 30 days. One of those men, Cory Lee Henderson, fatally shot Unified Police Department officer Doug Barney Jan. 17, 2016 after Barney responded to a traffic accident.

It was later determined that a series of system errors may have led to an early parole for Henderson, who was shot and killed during the same incident.

The second man, Thomas Burnham, 29, left the center on Jan. 28 to get medical treatment and failed to show up at University Medical Center. He evaded capture by fleeing on foot through a gated community. Burnham, who is believed to be armed and dangerous, is still on the run.

In the last 24 hours, 29 people residing at community correctional centers were being returned to jail or the Utah State Prison after testing positive for drug use or engaging in non-compliant behavior, and four people were arrested on fugitive warrants.

The DOC indicated it is now in the process of reverifying employment and work hours for all residents of community correctional centers, and is conducting off-site work searches for residents who are not currently employed.

All residents of community correctional centers who needs medical treatment will now be escorted to and from those appointments. Increasing availability of substance abuse treatment and other programming services for residents will minimize off-site travel. 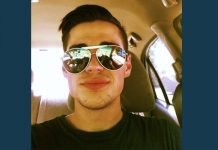