Known as the “Beer Fest”, Snowbird’s Annual Oktoberfest, started in Utah in 1974, brings in nearly 60,000 party goers and has quickly become one of Utah’s largest festivals.

Oktoberfest first originated in 1810 as a royal Bavarian wedding celebration and has become an annual reason to celebrate the new harvest. The festivities provide entertainment for all ages and a chance to be baptized in rich Dutch culture by eating erstaunlich lebensmittel (amazing food), listening to German bands, yodeling and of course drinking traditionally brewed bier (beer).

Knowing a little bit about the specialized German bier served during Oktoberfest might make for an all around better tasting experience. According to dictionary.reverse.net, German beer can be both top-fermented (Weizenbier, made from wheat and barley) and bottom-fermented (lagers that are stored in the barrel for four to six weeks). These beers are further divided into light, medium and dark. Some beers, such as Kölsch or Berliner Weiße are harder to find as they are drunk mainly in the region in which they are produced. Pilsener or Pils (a light beer with a strong bitter taste) is found everywhere. Light beers such as Dortmunder, which is also called Helles or Export depending on the region and the brewing method, have a slightly bitter taste. Medium beers include Märzen and Wiener Bier. Dark beers taste more strongly of malt and are therefore somewhat sweet.

But you don’t have to be a beer drinker to enjoy Oktoberfest.The food alone is reason enough to make the trek up Little Cottonwood Canyon. At the Halle, you can experience the Deutsch-Festival prepared food such as bratwurst, sauerkraut and all the apfelstrudel (apple strudel) you can imagine.

Other things to do include Kinderland, rides and a place to let the little ones have a chance to roam free and “Der Marktplatz”, a collection of fantastic vendors who have gathered to showcase their German products.

Oktoberfest in Utah runs every Saturday and Sunday from August 15 through October 11, 2015, including Labor Day on Monday, September 7. 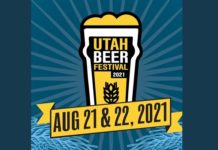 Utah Beer Festival has new home at the Gateway this August 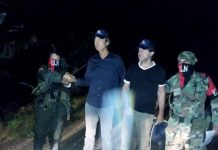