SAN ANTONIO, Texas, Dec. 8, 2019 (Gephardt Daily) — The No. 11 University of Utah Utes will take on the Texas Longhorns in the 27th annual Valero Alamo Bowl, it was announced Sunday during ESPN’s Bowl Selection Show.

The game will kick off at 5:30 p.m. Dec. 31 in the Alamodome and will air on ESPN, a news release from U of U Athletics said.

“It is an honor to be chosen to play in the Alamo Bowl against a great opponent such as Texas,” said Mark Harlan, director of athletics. “It is an incredible opportunity to chase our 12th victory and complete what has been a phenomenal season. I know Ute Nation, as always, will be there in full force to support this team as they look to close out the season the right way, and celebrate their accomplishments with all Ute fans.”

Utah and Texas have only played once in program history, falling to the Longhorns 21-12 in 1982. Utah is 5-3 against the Big 12 in the Kyle Whittingham era, the news release said.

“Having the opportunity for this team to play together one more time in the Alamo Bowl is something we are all looking forward to,” Whittingham said. “We appreciate the invitation, and know our team and our fans will have a great experience in San Antonio. We are proud of all this team has accomplished this year, including winning a second consecutive Pac-12 South title and winning 11 games, the third-highest single-season total in school history.”

Under Whittingham, the Utes boast the second-best bowl win percentage in NCAA history at 84%. His 11 bowl wins; 11-2, tie for second among active coaches and rank in the top 10 all-time, including ties.

“Utah, the Pac-12 South champion for the second year in a row, has had a historic season, reaching as high as fifth in last week’s College Football Playoff poll, the highest position for the Utes in CFP poll history, and ranking fifth in the AP and Coaches polls,” the news release said. “Utah won eight consecutive Pac-12 games to finish 8-1 in conference play, its best record in nine seasons as a Pac-12 member.”

It is the second straight year the Utes have played in a school-record 14 games in a season, the news release said.

Fans wishing to purchase tickets to the Alamo Bowl can visit UtahTickets.com or call 801-581-UTIX. Purchasing tickets through Utah’s ticket office supports Utah Athletics and will put Ute fans together in designated sections in the Alamodome. Fans also can find official bowl travel information at UtahSportsTravel.com. 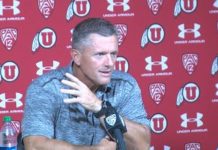 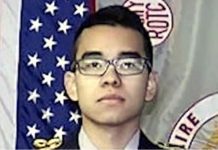