NORTH OGDEN, Utah, July 19, 2016 (Gephardt Daily) — A mother in North Ogden is desperately looking for answers after her 18-year-old daughter returned from a festival with a system full of drugs, impairment that has lingered, and missing memories of what took place.

Mom Heidi has asked that her last name and her daughter’s not be used.

According to Heidi, Kelsey’s boyfriend dropped her off at home Sunday, four days after the couple attended a festival near Park Valley.

“Her and her boyfriend were at the festival, Element 11, we believe on Wednesday,” Heidi said. “Her boyfriend said she went for a walk and she came back that way.

“After finding out Kelsey had drank a full liter of something, her boyfriend stuck his fingers down her throat to make her throw up.”

Friends told Heidi that Kelsey had been acting strange and confused since Thursday. Heidi speculates that Kelsey may have been given a date-rape drug laced with cocaine and methamphetamine.

Kelsey’s boyfriend had her transported by ambulance to Mckay-Dee Hospital when he became concerned over her behavior. Tests showed she had cocaine, LSD, methamphetamine and marijuana in her system.

“The doctors said she will just come out of it but she has been in this state of mind since Thursday,” Heidi said.

“They are not saying how much of the drugs she had in her system. Nothing has changed, and she keeps saying she is sorry and keeps repeating herself.”

Heidi is concerned that Kelsey was in an impaired state for days before she was dropped off.

“There are still a lot of questions and no one can help with any answers,” Heidi said. “I have a brother that has gone through something similar, but nothing like this, I have never seen anyone who acts like her. We really need answers.”

Heidi wants to warn others to be aware of what they are doing when they are in public areas and at gatherings like the one Kelsey attended. Heidi says there is huge problem with LSD and marijuana where they live.

Laura, a friend of the family, said they are continuing to cleanse Kelsey’s system as best they can.

“Hopefully we’ll start her on other supplements today,” Laura said, “if of course, there is nothing medically that is offered.”

Laura said Kelsey can barely form a sentence, and her family is scared, sickened and sad.

“I want to scream and lecture everyone on the dangers of that lifestyle,” Laura said.

“I want to warn and plead, please, if you’re using illegal drugs, realize you need help. I want to help, others want to help. You’re not a bad person. Kelsey is anything but bad. She’s confused and in pain. Please! No shame — just help!” 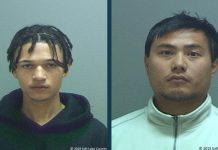 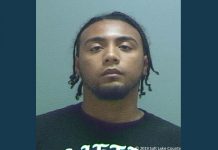 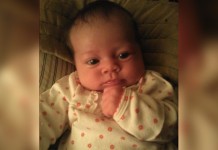