SOUTH JORDAN, Utah, July 7, 2022 (Gephardt Daily) — South Jordan Mayor Dawn Ramsey and Sgt. Eric Anderson offered condolences on social media Thursday to the family of a 9-year-old boy who died after being hit by an SUV.

Brayden Long was sharing a ride on an electric bicycle with another 9-year-old boy on the shoulder of 11400 South near 2200 West about noon Wednesday when a black GMC Yukon drifted out of its lane and hit the boys, police said.

Paramedics performed live-saving measures at the scene on both boys, who were then transported to Primary Children’s Hospital, according to police. South Jordan police confirmed that one of the boys died Thursday while the other fights for his life.

Family members confirmed that Brayden died at the hospital Thursday “with family members at his side,” according to a GoFundMe account created to help with funeral expenses.

“We want to express our condolences to the family,” Sgt. Anderson said. “And the other little guy is still fighting for his life. He’s in stable but serious condition.”

“I just would like to express my deepest condolences to the family of the young man that was killed in yesterday’s accident,” Mayor Ramsey said. “Our hearts are broken learning of his passing.”

Ramsey said she had not yet reached out to the boy’s family out of respect for their privacy.

“But (we) want you to know how much we grieve with you, how sad we are. Our hearts are broken with you, and we are praying and sending thoughts and all the love of a community that we can for your loss. We mourn with you, and we’re very sorry,” she said.

Anderson said police still are investigating the crash, though there were no signs of impairment by the driver of the SUV. Police said the 44-year-old woman remained at the scene and cooperated.

After the South Jordan Police Department completes its investigation, “that information will be discussed with the district attorney’s office for a final decision” on possible charges, Anderson said.

There have been at least six accidents so far this year on 11400 South between 2000 West and 2500 West, according to South Jordan police.

Ramsey said she’s confident the police department will thoroughly investigate Wednesday’s accident to “understand what might have caused it and what we can do to make things safer.”

“(I) hope you’ll join me in being supportive of their family and to rally as a community to do all we can to keep us safe,” she said. 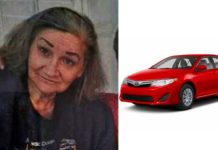