WEST HAVEN, Utah, July 31, 2022 (Gephardt Daily) — A West Haven man has been charged with a second-degree felony after allegedly kicking his 9-year-old son in the stomach hard enough to cause internal injuries.

Weber County Sheriff officials responded to the Davis Hospital, Roy/Weber campus, after being alerted to the child and his mother arriving at the emergency room.

Gephardt Daily is withholding the suspect’s name to protect the privacy of the victim. The 48-year-old suspect is charged with aggravated child abuse — knowingly or intentionally, a second-degree felony.

The victim was transported to Primary Children’s Hospital to be treated for a ruptured spleen and internal bleeding, the father’s probable cause statement says.
Post-Miranda, the boy’s father “admitted to knowingly and intentionally striking the juvenile,” his probable cause statement says.
The father was booked into the Weber County Correctional Facility just before 8 p.m. Saturday. He was ordered held without bail. 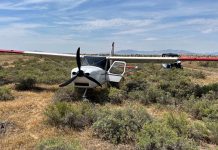