OGDEN, Utah, Dec. 12, 2021 (Gephardt Daily) — Weber County Sheriff’s Search and Rescue volunteers responded to the aid of a hunter who was stuck on the foothills above 9th Street in Ogden late Saturday afternoon.

The 32-year-old man was hunting when he slipped about 30 to 40 feet to the bottom of a narrow ravine, says a Facebook post by Weber County SAR. Snow and ice prevented the man from climbing out, so he called for help.

“Many team members responded, including three climb teams that had to rappel into the ravine to get the man out,” the post says. “Once out of the ravine, everyone made good time off the mountain including the hunter and his two dogs.

“Fortunately, the man was not injured and was able to walk out on his own. Another job well done, and thank you to those who assisted in this rescue,” the post says. 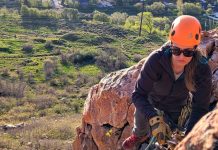 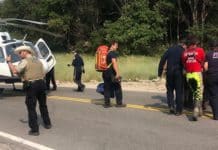