SALT LAKE CITY, Utah, Aug. 23, 2019 (Gephardt Daily) — Kayla Dallof, the former University of Utah Police detective accused of mishandling the case of University of Utah student Lauren McCluskey in the days prior to her murder, has a new job in law enforcement.

Dallof has been hired by the Weber County Sheriff’s Office, the department confirmed Friday.

Dallof was fired by the U of U police force in February 2019, according to documents cited by the Salt Lake Tribune — not for her handling of McCluskey’s case, but for her mishandling of a second, similar case, in the months after Lauren’s murder.

According to the Tribune article, a 17-year-old girl had contacted Dallof saying she feared for her safety while trying to break up with her U of U student boyfriend. She said the student had locked her in his dorm room for an entire weekend, and had left a screaming voice mail message saying he would kill her.

Rather than following up on the case, Dallof left for the weekend, the newspaper’s story said.

Superiors had reportedly warned Dallof to exercise greater sensitivity to stories like McCluskey’s, and to “not handle such cases with the same indifference.”

Months earlier, Dallof took McCluskey’s report on threatening behavior by former boyfriend Melvin Rowland. According to paperwork obtained by the Tribune, Dallof opened an initial report, but then left for planned days off, during which McCluskey was fatally shot by Rowland, who shot and killed himself soon after.

McCluskey’s parents have filed a $56 million civil lawsuit against the University of Utah, saying their daughter was killed after the campus police force failed to protect her, despite being contacted more than 20 times in the days before Lauren’s Oct. 22, 2018 death.

The Weber County Sheriff’s Office, which reportedly hired Dallof several months ago and welcomed her and other new hires in a July 8 Facebook post, defended its decision in a Facebook statement:

The WCSO is taking some heat for its hiring decision, based on comments left on the Facebook post announcing Dallof’s hiring.

● “Weber County Sheriff’s making another horrible decision!,” one post says. “Are you that short staffed had to hire someone who is not willing to do the duties she was sworn to perform? You should be ashamed of yourselves.”

● “She shouldn’t even be a Police Officer that is eligible for hire. How would the resident’s of Weber County feel when she is assigned to their case? Not protected!,” another poster wrote. “Isn’t that her entire purpose? To protect and serve? She’s clearly not met that objective on SEVERAL incidents.”

● “Wow. Well if you wanted to give me a reason to question the agency’s judgement, hiring someone who was fired for TWICE not bothering to take seriously very dangerous matters, mission accomplished,” another poster said, in part. “If this is the quality of service you feel our county deserves, shame on you.”

To read more of the 100-plus comments, visit the WCSO Facebook page by clicking here. 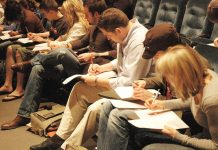 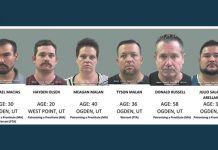