WEBER COUNTY, Utah, Nov. 5, 2016 (Gephardt Daily) — A vehicle traveling on Riverdale Road — reported by numerous citizens to be transporting a large marijuana plant — has been investigated by the Weber-Morgan Narcotics Strike Force.

The public has nothing to fear, according to a Facebook post by the Weber County Sheriff’s office.

“The video of the plant has been circulating all over social media as well,” the WCSO post said. “The Sheriff’s Office contacted agents with the Weber-Morgan Narcotics Strike Force to investigate the incident.”

“Agents made contact with the truck owner and discovered that the leaves and plant itself were plastic, and that it was being transported to be utilized as decor in an office,” the Weber County Sheriff’s Office post said.

“Without being close to the plant, agents did say that they could see how people could have mistaken it as a possible marijuana plant.” 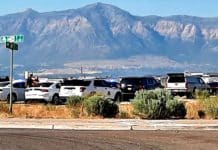 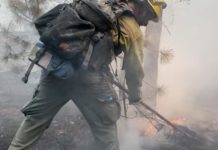 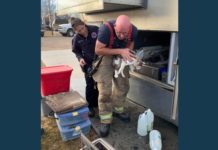