Chris Trevino, fire captain with West Jordan Fire, told Gephardt Daily crews were dispatched on a house fire in the area of 3954 W. Gentry Lane (8600 South) at approximately 5 p.m., and on arrival found heavy smoke and flames on the back side of the home.

“We initiated a fire attack and were able to make a quick knockdown. Within five minutes it was out, and at this point in time we’re just doing some overhaul, which means checking for any additional fire and also investigating the cause,” Trevino said. “It doesn’t appear that anyone actually lives here, and talking to the homeowner, nobody was supposed to be here right now.”

At this time there is no exact estimate on the damages caused by the fire.

There were no injuries to firefighters. 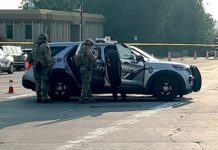 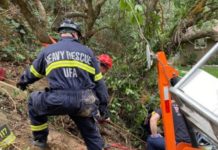