WEST VALLEY CITY, Utah, Aug. 24, 2019 (Gephardt Daily) — Nineteen-year-old Neko Jardine was shot in the neck, chest and abdomen early on the morning of July 14 this year, and West Valley City Police are still seeking information that will lead to the arrest of the person or persons who shot him.

The incident took place at about 12:10 a.m. that Sunday morning, when Jardine and two other young men were confronted by unknown suspects outside a home near 5600 West and 4300 South.

Jardine was taken by a friend to the hospital, where he immediately underwent surgery. Police said later that evening that he had died.

In the same incident, a 17-year-old male was shot three times in the legs and an 18-year-old male had a large cut on his arm. Both of those victims were transported by ambulance to the hospital, where they were treated for their injuries and released.

At the time, detectives spoke with witnesses who heard the shots and saw a white, older model Ford Mustang and a red or maroon Nissan Altima leave the area.

In a statement today, West Valley City Police said a team of investigators has spent hundreds of hours working on the Jardine homicide case and, as yet, have made no arrests.

“Our investigators have executed multiple search warrants and continue to follow up on leads, but we need the cooperation of those who might have information in this case,” the statement says.

An estimated 30 to 40 people were inside the home where a house party was going on the night of July 13, according to the statement.

“As many as 15-20 may have been outside and witnessed the shooting. Many of those party-goers fled without talking to police and have not come forward to help in the case.”

WVCPD is asking anyone who has any information about this homicide and has not yet spoken to police to come forward now.

“The information you provide can be given anonymously and there are ways to protect the information that is given,” the statement says. “If someone gave a false statement in the initial aftermath of the shooting, we invite you to please, come back and correct it.”

The statement says, “Our investigative unit has and will continue to pour our efforts into this case as we seek justice for Neko, his family and our entire community.” 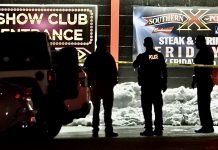 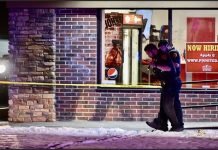