UTAH – October 21, 2015 (Gephardt Daily) – Go where there are no roads tonight at screenings of all three “Back to the Future” movies across Utah.

The Tower Theatre is showing all three films for  $20, tickets are available here. Festivities start at 4:29 p.m. and screenings start at 6 p.m. VIP packages are also available and all proceeds benefit Salt Lake Film Society.

The City Library downtown will be showing a screening of “Back To The Future Part II” at 6:30 p.m., with prizes awarded for best costume.

Megaplex Theatres will be showing all three movies at participating theatres, click here for details.

Celebrations are going on around the world today. Ride-sharing service Lyft announced it is teaming with Verizon to bring a fleet of DeLorean DMC-12s — the model car Doc Brown converted into a time machine — to the streets of New York for Wednesday’s unofficial holiday, which celebrates the day Marty, played by Michael J. Fox, arrived in the year 2015 in “Back to the Future Part II.”

Lyft said users will be able to select “McFly Mode” on the service’s app for a 20-minute ride in a DeLorean between 11 a.m. and 5 p.m.

Meanwhile, Pepsi will be accepting orders Wednesday for bottles of Pepsi Perfect, the fictional beverage served to Marty in a futuristic diner. The bottles, which contain Pepsi Made with Real Sugar, are priced at $20.15, with only 6,500 available.

The town of Reston, Va., announced it will change its name for one day to “Hill Valley,” the fictional town where all three “Back to the Future” movies were set. The city will be hosting a special screening of “Back to the Future Part II” with actor Christopher Lloyd and screenwriter Bob Gale as part of the Washington West International Film Festival.

Jason Bradbury, one of the hosts of British TV’s “The Gadget Show,” got into the “Back to the Future Day” spirit one day early by taking an evening trip through London on a “hoverboard” while clinging to the side of a DeLorean.

Bradbury’s hoverboard appears to be based on illusion, rather than the magnetic technology in the high-profile — but not yet commercially available — hoverboards developed by Lexus and Hendo.

The Chicago Cubs might be hoping for a boost of luck from “Back to the Future” Day, as the movie famously predicted the team would win the 2015 World Series. The team is currently facing the Mets in a National League playoff series to determine who will move on to the World Series. 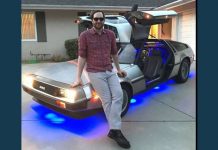 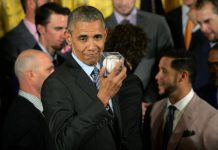 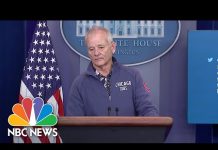