The advisory will be in effect until 4 a.m. Tuesday.

The forecast is for 1 to 4 inches of snow with locally higher totals possible. This is expected to affect Monday’s morning and afternoon commutes.

Winter driving conditions mean snow-covered roads and poor visibility, so it’s recommended that drivers allow extra time to get to work or go in later to avoid major delays on the highway. And, as always, slow down.

The expected high temperature for Monday is 31, with south-southeast wind 8 to 15 mph, becoming west in the afternoon. Snow showers are likely Monday night, with a low around 22.

After that, sunny days are ahead through the rest of the week. On Wednesday, we should see daytime temperatures start to climb, with a high near 37. Thursday’s high is expected to be near 45, Friday’s high near 50, and Saturday’s high near 53.

For current road conditions from the Utah Department of Transportation, visit here or dial 511. 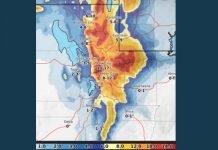 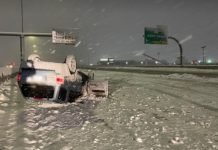 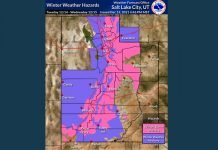