WOODS CROSS, Utah, Jan. 13, 2020 (Gephardt Daily) — A woman has been arrested after allegedly hitting two police vehicles during a pursuit from Woods Cross to Bountiful.

Woods Cross Police Chief Chad Soffe said the incident began in his city when an officer attempted to pull a vehicle over after a woman was seen rifling through a dumpster behind IHOP at 2487 S. 800 West.

The female driver of that vehicle then backed up and attempted to hit the officer, Soffe said. She then fled, driving through Woods Cross and North Salt Lake. She hit both a Woods Cross and a North Salt Lake police vehicle, Soffe said, impacting the former vehicle head on. The police officer in that vehicle was transported to an area hospital with an injured back, Soffe added.

The suspect eventually stopped in the area of 200 W. 1800 South in Bountiful and attempted to run from police.

Soffe said numerous drugs and stolen items were found in the suspect vehicle.

The suspect, who has not been named, is facing numerous charges 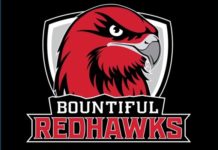 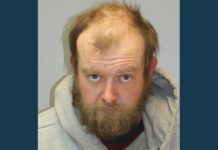