SOUTH SALT LAKE, Utah, Aug. 6, 2019 (Gephardt Daily) — A woman was booked into the Salt Lake County Jail after police say she was found semi conscious in her car, with drug paraphernalia around her and her young son in the back seat.

Jami Nichole Cooke, 31, whose first name is spelled Jamie in some court records, was arrested on Sunday after a passerby reported her apparent condition to police. South Salt Lake officers responded to the scene, at 16 W. 3300 South.

“I witnessed the woman’s head nodding, or bobbing, as if she was falling asleep,” the arresting officer wrote in a probable cause statement.

“I asked the woman for identification and in her response I observed her speech to be very slow, and slightly slurred.”

Cooke’s keys were in the ignition and the car was running, the statement said. Cooke said she had just arrived at the spot.

“As I was speaking to Jami, I noticed she had a young boy sitting in the driver side rear seat of the vehicle. Jami identified the young child as her son.

“As I was speaking to Jami, I observed a green straw with burned ends sitting on the driver side floor. I also observed aluminum foil with what appeared to be burn marks sitting on the passenger seat, in plain view.”

A field sobriety test led the officer to believe Cooke was under the influence of drugs or alcohol. A search of the car turned up drug paraphernalia within reach of the child in the back seat. A records search showed that Cooke had been denied a driver license, and has a full extradition warrant from Nevada.

Cooke was transported to jail, where she was searched.

“Upon a search in booking at the Salt Lake County Jail, I observed as deputy Underwood located a small clear bag of clear/white crystal substance in the right side of her bra,” the probable cause statement says.

Cooke was booked on suspicion of: 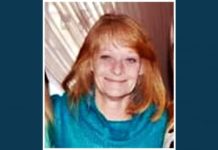 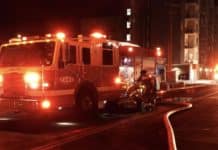