SUMMIT COUNTY, Utah, Dec. 23, 2019 (Gephardt Daily) — A woman arrested in Summit County Thursday in connection to a fraud case allegedly told officers “this is bigger than you think.”

On Thursday at approximately 11:25 a.m., the arresting officer was dispatched to a reported fraud in progress at an America First Credit Union.

“When I arrived, a female employee of America First came out and pointed to the suspect,” the statement said. “I made contact with suspect in the parking lot and asked her to exit her vehicle. The female was identified as Suzanna Gay Williams.”

Williams told the arresting officer she was depositing two individual checks each for $2,000 that were not hers, the statement said. Williams said they were her niece’s checks and had no idea what account they were going into.

Williams was read her Miranda rights and said she would talk to deputies; she told them: “This is bigger than you think.” The suspect continued by saying there were multiple people involved and they were printing off their own checks. Williams then admitted to trying to deposit checks that were not hers.

During a vehicle search that was granted by the suspect, deputies found three different credit cards with other people’s names. Deputies also found America First transaction receipts that were not in Williams’ name. After talking to America First employees, it was found the receipts were in the name of the individual she tried to deposit the fraudulent checks to.

Williams was transported to the Summit County Jail with her bail set at $20,000. 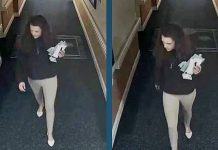 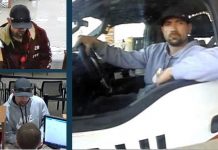 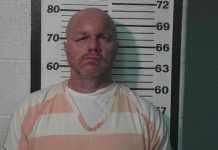