ROY, Utah, Feb. 27, 2020 (Gephardt Daily) — Police are investigating after the body of a woman was found in a van parked outside a Roy strip mall.

Officials were called to the mall, at 1900 West and 5600 South, at about 1 p.m. Wednesday. The caller reported a woman was unconscious inside the vehicle. When police arrived, the found the 42-year-old victim to be deceased.

A Roy Police official told reporters there was no initial evidence found to suggest the death was a result of a violent crime, but investigators are working to establish exactly what happened, and when.

Police will be reviewing surveillance recordings from the area in hopes of establishing a timeline in the case. 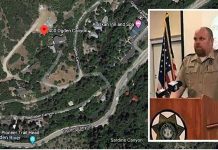