KANE COUNTY, Utah, Feb. 2, 2021 (Gephardt Daily) — A woman was arrested Thursday and is facing multiple charges after police say she was driving recklessly with her young daughter in the vehicle and refused to stop for officers.

Ana Mirian Najarro, who will be 44 years old this week, has been charged on suspicion of:

According to a probable cause statement filed in 6th District Court in Kanab, the arresting officer got a call from dispatch “stating that we might have a possible child abduction” near 1100 South on Highway 89A. The suspect vehicle, a red Jeep Cherokee, was last seen headed south on 89A toward Fredonia, Arizona.

A marshal in Fredonia was contacted to be on the lookout for the red Jeep, and the Kanab City Police officer drove south on 89A to search for the vehicle.

The Kanab officer crossed the border into Arizona, and a short time later the marshal  radioed that he had located the vehicle with a woman driving and a young child in the passenger seat, according to the statement.

The marshal tried to stop the Jeep, but the Jeep turned north back toward Kanab and it was obvious it wasn’t going to stop, the officer stated.

“We crossed the border north into Utah at speeds of about 80 miles per hour in a 55 mile-per-hour Zone,” the officer reported. “As we crested the small hill at the border the suspect vehicle again drove into the oncoming Lane crossing over a double yellow line and forcing a vehicle off of the road almost hitting it.”

A Kane County Sheriff’s deputy and the Kanab City police chief joined the attempt to stop the Jeep, and spike strips were deployed. The Jeep kept going but slowed down due to three flat tires, and the deputy and officer were able to block its path with their vehicles.

Najarro was pulled from the Jeep, and the officer got the child out from the passenger side and took her to his patrol truck. The girl told him that Najarro was her mother.

The officer reported that the child’s adopted grandmother arrived on scene and “They embraced and it was obvious they knew each other and had a connection.”

Najarro was transported to the hospital for an evaluation and, according to the arresting officer, she was having “random outbursts” — rebuking Satan and saying “Jesus loves you.”

Najarro allegedly admitted to using gummies with THC infused in them.

She was released from the hospital and was transported to the Kane County Jail, where she was found to have THC in her system during the booking process, the affidavit states. She is being held without bail.

It is explained in the statement that “physical injury” in the “child abuse” charge refers to any condition that imperils the child’s health or welfare and which is not a serious physical injury.

DCFS was contacted and has opened a case for the welfare of the child, the document states. 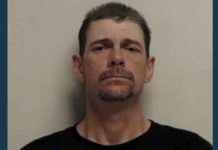 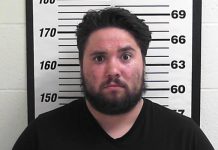