DETROIT, Michigan, Nov. 10, 2021 (Gephardt Daily) — A woman on a Delta Air Lines flight from Detroit, Michigan to Salt Lake City International Airport has been fined $24,000 for refusing to wear a mask and unruly behavior.

The passenger on the Dec. 27, 2020 flight is alleged to have “refused to follow crew instructions to wear her mask, threatened crew members, cursed at crew members and shoved a crew member,” according to a statement Wednesday by the Federal Aviation Administration.

The fines are part of the agency’s Zero Tolerance campaign against unruly passenger behavior. The FAA lacks criminal prosecutorial authority but has referred cases to the Department of Justice where the evidence supports criminal review.

“The rate of unruly passenger incidents on commercial flights has dropped sharply since the FAA launched its Zero Tolerance campaign but the rate remains too high,” the statement said.

The FAA has launched a public awareness campaign to engage with airline passengers, flight attendants, pilots, and travelers on this issue, officials said.

The passengers have 30 days after receiving an enforcement letter to respond to the agency.

The woman has not been identified as the FAA does not name individuals against whom it proposes civil penalties, the agency said. 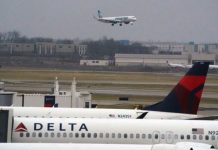 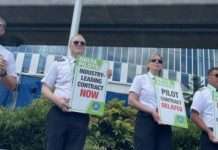