The Bonneville Community Correctional Center is located at that address.

The victim was working on a mechanical unit on the roof when a pipe touched a nearby power line, according to reports.

SLCFD rescue crews were able to get the victim off the roof. A medical helicopter responded and transported the victim to an area hospital for treatment.

Gephardt Daily will have additional details as they become available. 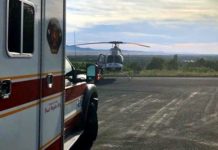 Bicyclist transported by AirMed after accident in Fruit Heights 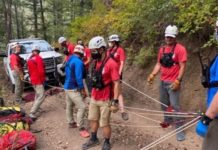