“Keanu” opened in theaters April 29 and earned a total of $20.5 million over its 10-week run. The film impressively scored a 78 percent fresh on Rotten Tomatoes with an Audience Score of 62 percent.

“Meet the Blacks” opened April 1 and earned a disappointing $9 million during its 13 weeks in release. The film only scored a 13 percent rating on Rotten Tomatoes with an audience score of 29 percent.

Garry Marshall’s “Mother’s Day” opened April 29 to an $8.3 million weekend. The film was in theaters for 8 weeks, earning $32.4 million. “Mother’s Day” scored only a 7 percent rating on Rotten Tomatoes with an audience score of 49 percent.

In the film, Rell, played by Jordan Peele, has his life changed forever when a cute kitten comes to his door. He names it Keanu. Unfortunately, one weekend later, Keanu is abducted by persons unknown. Now Rell and his cousin, Clarence, are men on a mission to find Keanu against the odds.

“Keanu” is that film that tries so hard to be funny, and it almost succeeds here and there, but it just isn’t firing on all cylinders. There are a couple of funny moments, but like finding an oasis in the desert, the audience has to work too hard to quench its comedy thirst.

The comedy duo of Key and Peele do their utmost best to keep the energy going, but just seem to grow tired along the way. “Keanu” is just too over-the-top in some places and too maudlin in others, leaving the film an uneven mess.

“Keanu” gets a C for some funny moments. It’s rated R.

In this send up of “The Purge,” the Black family is getting out of Chicago in hopes of a better life. After Carl Black (Epps) comes into some unexpected funds, he takes his family and leaves the hustling lifestyle behind for something better, so they pack up and move to Beverly Hills and arrive right around the time of the annual purge, when all crime is legal for 12 hours.

“Meet the Blacks” is pretty much a waste of time. The film is a lackluster comedy that offers crude situations, stereotypes and just insipid set-ups instead of actual humor.

The film needs to be avoided. It gets a D and is rated R.

The late Garry Marshall, who directed the films “New Year’s Eve” and “Valentine’s Day,” had checked his calendar and decided it’s time for “Mother’s Day.”

In this star-studded comedy, several generations come together in the week leading up to Mother’s Day.

The film suffers from an overabundance of just about everything. There are too many plots going on, too many actors to follow, and too many one-liners.

These films are becoming the cinematic equivalent of “The Love Boat,” where you have a bunch of actors (some on the rise, some on the downward side of their careers) included in three or four stories around them that will eventually intersect by the film’s end.

But in all truthfulness, there’s nothing really wrong with a predictable film with a happy ending, a moral and so harmless and safe you can take Mom and Grandma to it. 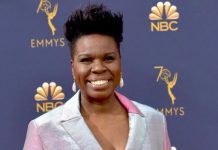 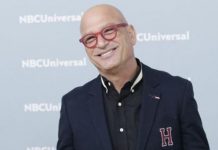 Howie Mandel: Don’t bring the kids to my comedy act