ST. GEORGE, Utah, Sept. 24, 2017 (Gephardt Daily) — As missing St. George teenager Macin Smith’s family passes the two-year mark of his disappearance, his mom is speaking about a new search has been planned in his hometown and how she hopes it will bring a resolution, whatever that may be.

Macin, the youngest of Tracey Bratt-Smith and her husband Darrin’s six children, walked away from home at the age of 17 in the early morning hours of Sept. 1, 2015, when his parents thought he was on his way to school. He left behind his cell phone, wallet, laptop, even his school binder.

Twenty-five months later, despite hundreds of leads and potential sightings, the Smith family has no more concrete information than they had back at the beginning.

Bratt-Smith spoke Gephardt Daily exclusively about the latest twists in the search for Macin.

“There are so many possibilities that Macin could have wandered off to and perhaps not been able to reach out for help,” Bratt-Smith said. “He could have been isolated, alone and without the skills to survive on his own. We need to continue to search for him and provide a resolution to Macin’s story. If he’s no longer with us, he needs to be given a final resting place. If he’s still out experiencing life, he needs to know, we will not give up on him. WE LOVE HIM NO MATTER WHAT the circumstances are. Our hearts are fractured until we can bring him home, no matter what that scenario looks like.”

Now, friends of the family, who call themselves Macin’s Army, are organizing a search in St. George on Saturday, Oct. 14 from 8 a.m. to 5 p.m., and they hope 200 people will join them.

The Facebook page set up to promote the search says:

We have not finalized the details of this event, PLEASE respond YES if you know for certain you can come and search. You can obviously change your response from maybe to yes or yes to can’t make it but we need to finalize how many people we are going to expect so we can sort you out into different locations.

We have experts working on this and we have several locations and it’s going to be very organized so I need a headcount and I would love to see at least 200 people. LET’S DO THIS!!

Obviously it is not our hopes that we find Macin out here, but with two years and not a single verified contact or sighting we need to exhaust ALL of our resources. IF he’s out there we need to find him and bring him home.

Thank you in advance To ALL of YOU willing to sacrifice a Saturday in October to spend it in the Desert with us. We love you!!!

Earlier this month, the Smiths commemorated all who have been affected by suicide or depression an “Out of the Darkness” walk in Salt Lake City on Sept. 16.

Bratt-Smith and other family members have posted Facebook updates as often as they feel able to the Help Find Macin Smith Facebook page, whose members have swelled in number to 51,401, in the hope of bringing him home. There is a $10,000 reward in place for information leading to Macin’s location.

Bratt-Smith says her next plan is to put up billboards in every state and ongoing social media ongoing advertisements. 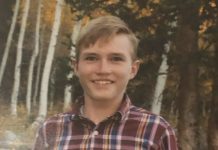 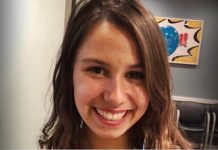