Feb. 12 (UPI) — A Cook County judge Monday dropped the charges against 10 men who went to prison after being framed by a disgraced Chicago police sergeant.

Four more men who were jailed under similar circumstances are expected to also be exonerated this week, the Chicago Sun Times reported.

The exonerations are connected to Chicago Police Sgt. Ronald Watts who, with colleague Kallatt Mohammed, was caught in 2012 during a sting that followed accusations that Watts and his unit had allegedly targeted dozens of Ida B. Wells housing project residents with dubious arrests.

Since then, dozens of people have been exonerated for allegedly having drugs planted on them or were framed by Watts or his team between 2003 and 2008, CBS Chicago reported.

“We lost things that you can never get back,” Derrick Lewis, who was exonerated Monday, told the Chicago Sun Times. “We have a right to feel how we feel, now that it’s coming out that we were actually telling the truth.”

The free legal clinic the Exoneration Project at the University of Chicago says there might be many more similar cases, CNN reported.

Watts pleaded guilty in 2013 for stealing from a homeless person who was disguised as a drug dealer during the FBI undercover sting called “Operation Brass Tax.” 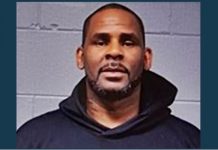 R. Kelly pleads not guilty to 11 counts of sexual assault 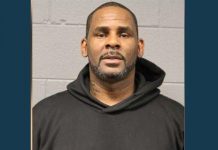