The group of attorneys general from 10 Republican-led states supported the arguments of President Donald Trump’s campaign, the Pennsylvania Republican Party and a pair of state legislative leaders that the Pennsylvania Supreme Court “overstepped its constitutional responsibility” by extending the deadline for the state to accept mail-in ballots to Nov. 6.

“Free and fair elections are a cornerstone of our republic and make the United States the envy of nations across the globe. To keep those elections free and fair, we must ensure that every legal vote is counted and every illegal vote is not,” Missouri Attorney General Eric Schmitt, who led the brief, said in a press release.

The brief states that the Pennsylvania legislature “encroached on the authority of the legislature” by extending the deadline and alleges that mail-in ballots increase the risk for fraud, citing prominent examples from past elections.

Also Monday, Ohio Attorney General Dave Yost, a Republican, filed a separate amicus brief in the case stating that “state legislatures, not state courts, set the rules for picking presidential electors” but did not challenge the practice of counting mail-in ballots after Election Day or suggest that absentee ballots present an opportunity for fraud.

“This constitutional question will come up again in future elections. It is in the best interest of all Ohioans — all of America — to gain a definitive answer, regardless of politics,” said Yost.

Last month, the Supreme Court declined a request to decide before Election Day whether to allow the extension, as Justices Samuel Alito, Neil Gorsuch and Clarence Thomas said the court’s handling of the case “needlessly created conditions that could lead to serious post-election problems” but concluded there was not enough time to issue a decision before the election. 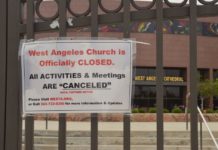