But the KABATAAN Party-list, which represents youths, described the raids as a “horrendous massacre” of members of peasant and plantation farmers groups “in the guise of ‘anti-criminality.'”

Thirty-six search warrants were served to residents in several towns and cities of Negros Oriental, Police Colonel Raul Tacaca said in a CNN report. The warrants were served for violation of Republic Act 10951 or the Comprehensive Firearms and Ammunition Regulation Act.

Fifty-one firearms and explosives were confiscated.

Those killed were believed to be members of the New People’s Army and supporters, according to Regional Director 7 PBGen. Debold Senas.

“We, in Kabataan, STRONGLY condemn this murderous rampage! We call for an independent probe into this grave matter,” she said in a post on Facebook.

Elago noted the massacre “brings the death toll of farmers killed under the Rodrigo Duterte administration to 197.

In March, Duterte permanently ended talks with the Communist Party of the Philippines.

The rebels are waging a 50-year-old insurgency that has killed thousands. Duterte has ordered his troops to “destroy” them.

The killings were one day after the 50th founding anniversary of the NPA.

“As in the first wave of Oplan Sauron, authorities justified the operations as an ‘anti-criminality’ drive against drugs and ‘loose firearms,'” the Northern Negros Alliance of Human Rights Advocates said in a statement to CNN. “Right after, the police would allege that the victims were killed in a shoot-out with rebels and tag them as combatants and now, members of so-called ‘sparrow units’ of the NPA.”

The Philippines’ Commission on Human Rights has instructed its unit in Central Visays to investigate the raids.

“The rate by which the death count rises in the country continues to be a grave human rights concern for the Commission on Human Rights,” HR spokesperson Jacqueline Ann de Guia said in a statement. “At this point, our interest is finding out the truth behind a police operation, which authorities claim to be meant to serve warrants of arrest, but resulted [in] 14 deaths of farmers and a cop said to be injured.

“Even claims of resisting arrest to justify fatalities need to be tried before courts to ensure that there are no lapses and ascertain if the circumstances really warrant the offense from the police, resulting in the curtailment of life.”

Meanwhile, the European Union said Saturday it would investigate alleged diversion of its aid to the communist movement through non-government organizations as alleged by the Philippine government.

On Thursday, “the EU received a set of documents concerning the more specific allegations by the Government. The EU now will verify and evaluate these documents. A financial audit by an external company is due to be conducted in April,” the EU statement read.

Since 2005, the European Union considers the Communist Party of the Philippines and the New People’s Army as terrorist groups, “which means inter alia that no assets can be held in EU by these organizations.” 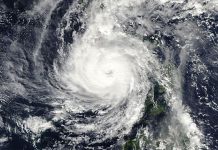 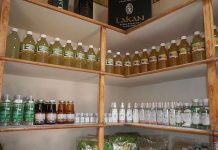