No casualties were reported in the fire. The parking garage was adjacent to Liverpool’s Echo Arena, a major concert venue in the city. Fire officials said they are still trying to determine the cause of the blaze.

“Initial investigations indicate that an accidental fire within a vehicle caused other cars to ignite,” Merseyside Fire and Rescue Service said in a statement, according to CNN.

Witness Sue Bright told the BBC she saw an old Land Rover with its engine on fire and fire officials believe this could have been the initial fire that spread to other vehicles.

“The flames were just shooting out of the engine and coming past the tires,” Bright said. “It looked like a ball of fire on the front of the car and it was producing a lot of smoke. We just left everything in the car — handbags, telephone, cash — and just went. I saw one car on fire but it was clear it was ferocious and spreading.”

Merseyside Fire and Rescue Service said several dogs were in cars that were parked in the garage, but fire crews were able to rescue them.

“The dogs have all been safely reunited with their owners,” the agency said on Twitter.

The fire was fully extinguished before 6 p.m. local time on Monday, according to the Liverpool Echo. But the building suffered extensive structure damage and fire crews will remain on site with structural engineers for at least another day. 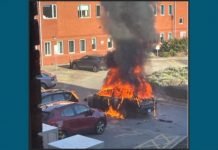 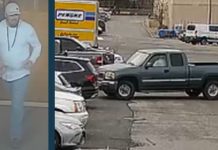 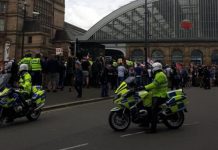