Feb. 19 (UPI) — At least 17 people were killed after rain triggered a mudslide at a garbage dump in Maputo, Mozambique, on Monday.

Leonilde Pelembe, the spokesperson of Mozambique National Service of Public Safety, said emergency workers in the city were combing through the garbage in search of missing people.

“As the number of missing people is still high, we expect to pull more bodies out today and in the coming days,” Pelembe said Monday.

Officials said the mudslide buried more than seven houses while families were sleeping, and more than 100 people are missing.

“Up to now 17 dead bodies were recovered,” Despedida Rita, a councillor for Ka Mavota Municipal District, said. “We fear more might be unaccounted for.”

Families living close to the dump have fled from their homes in fear of another mudslide.

The nearly 50-foot high Hulene dump is the only garbage dump for Maputo’s 3.5 million people. 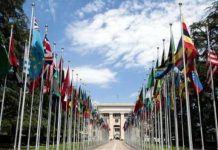 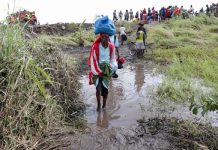 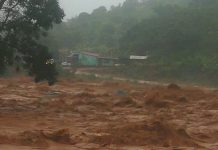