Jan. 22 (UPI) — The U.S. 2020 census officially kicked off Tuesday in the tiny western Alaskan town of Toksook Bay, which is closer to Russia via the Bering Straight than it is to the state’s capital of Juneau by plane.

The decennial gargantuan effort to count every living person in the United States was initiated Tuesday by Steven Dillingham, head of the U.S. Census Bureau, who conducted the first interview of Lizzie Chimiugak, 90, a local tribal leader.

“It is a very exciting time and it is a historical time,” Dillingham said in a video published hours before the count began on the bureau’s website.

The town of some 661 people as of 2017, an increase from 590 by the 2010 census, was chosen to kick off the enumeration in 2018, continuing the 20-year tradition of picking a sole Alaskan location to start the count.

“Alaska’s vast, sparsely settled areas traditionally are the first to be counted. Local census takers must get a head start while the frozen ground allows easier access to the remote areas with unique accessibility challenges,” the bureau said in a press release.

Toksook Bay with its some 130 housing units and a 2017 median income of $53,750 was selected for the honor as it is accessible from the hub city of Bethel, which is in an area of approximately one-third of Alaska’s native villages, the bureau said.

Though Census Day when the majority of U.S. homes will receive an invitation to participate in the counting effort comes April 1, the counting effort began Tuesday as the spring poses challenges for tabulating those in some 220 remote Alaskan villages, said Wendy Hawley, the 2010 area census manager for Alaska.

“The March-April timeframe is right around what they call the ‘breakup,’ which is when the snow begins to melt and the rivers that froze during the winter begin to thaw and break up. It’s really a hard time to travel in rural Alaska,” she said, as many of the communities can only be accessed by land or air and the land becomes dangerous during the thaw of spring.

She said the dead of winter or June through July are months that are safe to travel but do not match with the census’ timetable as the count needs to be on the president’s desk by Dec. 31.

The census count is mandated by the Constitution and provides data that determines the number of seats each state is allocated in the U.S. House of Representatives as well as the disbursement of federal funds, according to the bureau. 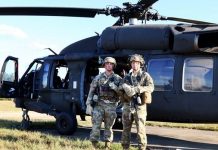 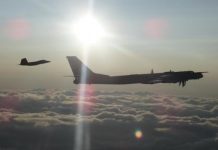 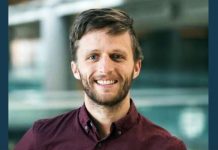