DENVER, Aug. 8 (UPI) — The United States loses the equivalent of two football fields of natural area per minute due to housing development, agriculture, oil and gas and other human factors, a new independent report said.

Between 2001 and 2017, the U.S. lost 24 million acres of natural area to the human footprint, about the size of the state of Indiana, according to the report, “How Much Nature Should America Keep,” released this week by the think tank Center for American Progress.

The United States should set a goal to protect 30 percent of the remaining natural land by 2030 to avoid the worst effects of climate change and the extinction of wildlife species, the report said.

The South and Midwest lost the most natural area to cities, farms, roads, power plants and other human development in the study. The human footprint in the South grew to cover 47 percent of the region. In the Midwest, 59 percent of all land has been developed for human use.

“The national level analysis we did for CAP identified 40 percent of the contiguous 48 states having been developed,” Dickson said. “That means 60 percent has not been developed, a pretty good chunk of the U.S.”

Only about 12 percent of the U.S. land mass is protected in national parks and conserved open space, and “not a single section of U.S. waters in the Gulf of Mexico, the mid-Atlantic, or the North Pacific” is completely protected from oil and gas extraction, report author Matt Lee-Ashley wrote.

These losses of natural space “pose a direct threat to the nation’s clean air and clean drinking water supplies, the prosperity of its communities, and its ability to protect itself from severe weather, floods, wildfires, and other effects of a changing climate,” Lee-Ashley said.

Some 12,000 U.S. animal and plant species “need proactive conservation efforts to avoid a plunge toward extinction,” the report said.

Using the same data sets to measure human impact, scientists can also pinpoint the best local land be preserved. Potential areas can be identified by whether land is “ecologically intact” or whether it has existing wildlife corridors, Dickson said.

“That way people can begin to have the debate and discussion with evidence, data and statistics,” he said.

The report has the right priorities by focusing on “high value ecosystems,” said Kieran Suckling, executive director of the Center for Biological Diversity.

“It’s not uncommon that land protection efforts end up protecting sub-optimal habitats, which is politically cheaper,” Suckling said. “In this report they really have the right priorities. They are filtering for intact landscape habitats or endangered species and linkage habitats that can connect them.”

The good news is that the U.S. “ranks as one of the top five countries in the world for the total amount of wilderness-quality land that remain,” the report said.

Figuring out a way to pay for land conservation may require thinking in new ways, said Jesse Prentice-Dunn, policy director at the Center for Western Priorities.

Many state park systems lost much of their funding during the 2008 recession, and that money has not come back, he said. Interest in hunting has dropped, and state park agencies can’t always make up revenue formerly provided by selling hunting licenses.

Moving to new revenue streams such as state lotteries or boosting oil and gas royalties might be a path forward, Prentice-Dunn said.

Land conservation is a bipartisan issue that unites Democrats and Republicans, the report said. The organization surveyed more than 1,200 U.S. voters in 2019 and found 54 percent “strongly supported setting a national goal of protecting 30 percent of America’s lands and ocean areas by 2030,” the study said.

Lee-Ashley recommends strengthening conservation policies at the federal and local level to change the direction of growth that is gobbling up natural spaces.

“Preserving 30 percent of the U.S. land by 2030 is an ambitious goal, but I think it’s also very doable,” data scientist Dickson said. “Because I think there is the social will to preserve what lands we already have and are intact without a lot of political cost.” 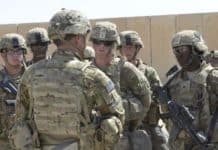 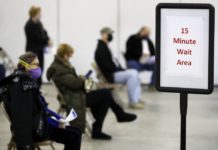 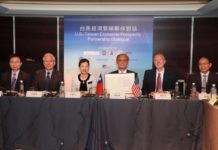