July 3 (UPI) — Officials took more than 260 friends and supporters of former Philippine first lady Imelda Marcos to the hospital after they became ill from food poisoning at her 90th birthday celebration in Pasig.

Health Minister Francisco Duque said the outbreak was so bad that the Philippine Red Cross sent medic teams to the Ynares Sports Complex to transport the ill to nearby hospitals. He blamed the illnesses on contaminated food.

“Suspect cases strongly point out to a toxin causing it, derived from the bacteria staphylococcus aureaus,” he said.

Dr. Primo Valenzuela, of Rizal Medical Center, said it’s possible someone preparing or handling the food did not properly wash their hands. The sickened were served food packs that contained a boiled egg, rice and chicken adobo Tuesday.

“The food packs were brought by a group of supporters which they shared among the loyalists who came early,” Larry Gadon said. “It was not catered food. The event itself was organized by loyalists. Madam Marcos was totally unaware.”

Other attendees, including Luzviminda Lilio, said the egg and rice tasted spoiled.

Marcos was not sickened in the outbreak. 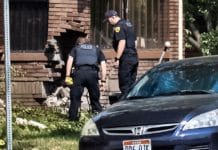 Dispute over stolen alcohol leads to 18-year-old’s fatal shooting at Sugarhouse party; others held against their will, police say 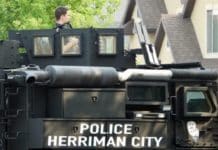