The victims, including a teenage boy and a 69-year-old man, were found about 1 p.m. in a box trailer that was converted into a cabin, according to a Brown County Sheriff Facebook post. The hunting camp is located in the central part of the state between the cities of Brownwood and Bangs.

Brown County Sheriff Vance Hill said the family was using propane heaters and there was no ventilation to let out the poisonous gas.

“I want to caution everyone about this,” Hill said. “Ventilation is necessary when using these types of heaters in confined places. Carbon monoxide detectors are very inexpensive to purchase.”

Names of the victims were not released, pending positive identification and next of kin notification, Hill said. 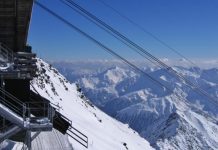