The friends — brothers Christopher and George Cook, and Alicia Olive — said they were uninjured in both attacks, but Sunday’s shooting at the Gilroy Garlic Festival brought back memories of the terror they felt at the Route 91 Music Festival on Oct. 1, 2017.

“I said, ‘I can’t believe this is happening again,'” Olive told KTXL-TV in Sacramento. “We were trying to find somewhere to get cover.”

Olive and the Cook brothers said they didn’t know each other when they attended the Las Vegas show, but later became friends when they joined a Facebook group dedicated to providing support for survivors.

Olive told CNN she struggled with depression after the Vegas shooting and later moved to California, where the Cooks live.

“You don’t want to leave the house much … there’s no desire to,” she said, adding that the garlic festival was the first public event where she felt comfortable.

“I don’t know how it’ll be when I go out [now],” she added. “But I know I feel a lot of the same things as I did when Vegas happened.”

“I was able to be a bit more calm this time,” he said. “Difference was, in Vegas you didn’t know where [the gunfire] was coming from, but in Gilroy we knew that it was behind us.”

Olive said her experiences have taught her that mass shootings can happen anywhere, but are not inevitable.

“We can’t tell that to the families that lost someone. Say, ‘oh, well that’s life, that’s America,'” she said. “It’s not enough. It’s time to say enough is enough.”

Law enforcement officials reopened part of the Gilroy festival grounds Thursday for attendees and vendors to claim their belongings. Police previously cordoned off the area to investigate and collect evidence. 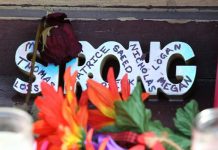 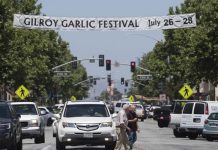 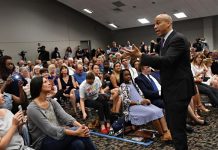