Feb. 13 (UPI) — Two Milwaukee jail employees and a Milwaukee County Sheriff’s officer were charged with felonies Monday in connection with the 2016 death of an inmate who was deprived of water for seven days.

Jail Lt. Kashka Meadors, 40, and correctional officer James Ramsey-Guy, 38, were each charged with neglecting an inmate, a felony offense, the Milwaukee Journal-Sentinel reported. And Milwaukee County Sheriff’s Maj. Nancy Evans, 48, was charged with felony misconduct in office and obstructing an officer for interfering with the investigation, including allegedly destroying video surveillance.

The charges come after Terrill Thomas, a 38-year-old inmate in the Milwaukee County Jail, died on April 24, 2016. Thomas, who had bipolar disorder, flooded his initial cell by clogging the toilet with a mattress cover. He was then placed in solitary confinement, where jail employees cut off the water to his cell and did not give him water to drink for seven days. He died of dehydration.

“Our expectation when Mr. Thomas was brought into custody is that he’d be kept safe. The allegations set forth in the criminal complaint document that that did not happen,” Milwaukee County District Attorney John Chisholm said Monday.

While Meadors and Ramsey-Guy are being charged for neglect in relation to Thomas’ death, Evans is accused of interfering with the investigation for allegedly destroying video surveillance taken during the week Thomas was deprived of water by allowing it to be recorded over.

Thomas’ family said he was having a mental breakdown at the time when police arrested him on April 14, 2016, after he shot a man near his parent’s house and then fired a gun inside a casino.

Erik Heipt, a lawyer for Thomas’ estate who has filed a federal lawsuit against Milwaukee County, told The New York Times that Thomas was “literally punished for the manifestations of his mental illness.”

“He was not in his right mind,” Heipt said. “You don’t take someone like that and then punish them by turning off their water.” 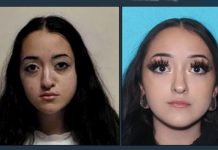