ALGECIRAS, Spain, May 17 (UPI) — Spanish National Police discovered more than 300 pounds of cocaine hidden in boxes of plastic bananas at the Port of Algeciras.

The National Police shared video of the shipment which contained large plastic bags filled with cocaine inside the green plastic bananas.

“During a check of a consignment in Port of Algeciras on April 28th, a pallet marked with a red ‘X’ was discovered by agents,” police said in a statement, according to The Local. “It contained 19 boxes each holding 88 plastic bananas that looked like the real thing. Inside the false bananas was a total of 376 pounds of cocaine.”

The drugs contained in the bananas held an estimated value of about $19 million.

They were reportedly sent from Colombia with the intent of being delivered to Huelva, Spain. 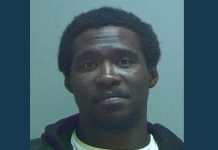 COVID-19 deaths down in Spain; Russia reports spike in cases