Three employees of the now-shuttered The Rehabilitation Center at Hollywood Hills surrendered themselves to police Monday at the main jail in Broward County.

Jorge Carballo, 61, the nursing home’s chief administrator; and Sergo Colin, 45, the supervising nurse, turned themselves in Monday when they were charged with 12 counts of aggravated manslaughter of an elderly person or disabled adult.

Althia Meggie, 36, a nurse at the home, was charged with one count of aggravated manslaughter of an elderly person or disabled adult and two counts of tampering or forging evidence.

A second nurse, Tamika Miller, surrendered to police in Miami-Dade County, though her charges were not known.

The charges stem from an investigation into the deaths of 12 patients at the Florida rehabilitation center that were ruled homicides in November 2017, some two months after the deaths occurred.

All but one of the deaths were the result of heat exposure as the patients lived in sweltering conditions for days after Hurricane Irma knocked out power to the air conditioning on Sunday, Sept. 10, 2017.

“These people, they did everything they could,” said David Frankel, Colin’s lawyer, at a news conference Monday. “They were calling for emergency help. They were promised they were going to get help and they were abandoned.”

Officials first learned of the situation at the nursing home Wednesday, four days after the hurricane hit, and only after eight patients had died.

Frankel defended his client for not declaring an emergency sooner, saying the staff had everything under control until mid-day Wednesday.

Sen. Rick Scott, R-Fla., said Monday prior to the arrest warrants being issued that he is “glad” those responsible are being held to account.

“Every child knows that when there is imminent danger, 911 is the number to call. Yet, trained health staff at this facility didn’t even do that,” he said in a statement. “The individuals responsible for these senseless deaths must be brought to justice.” 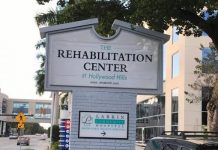 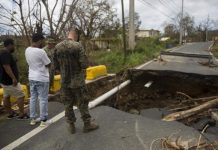 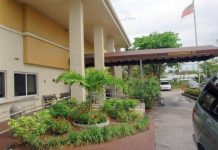