“For all of us at the sheriff’s office, this is what we call a miracle,” the Missoula County Sheriff’s Office said in a statement.

The ordeal began on Saturday, when people in the Lolo Hot Springs area outside Missoula called law enforcement on 32-year-old Francis Carlton Crowley, who was reportedly “acting strange” before he began to threaten people, saying he had a gun. When deputies arrived, they discovered that Crowley was in charge of taking care of a 5-month-old boy who hadn’t been seen for hours.

Crowley appeared to be on drugs to officers and made little sense, but he indicated that the baby was buried somewhere in the mountains. That set off a rescue mission involving the MCSO, United States Forest Service, Bureau of Land Management and the Montana Highway Patrol

“After more than six hours of searching on foot, a deputy heard the faint cry of a baby,” the MCSO said. “He followed the sound and found the baby alive, face down, buried under a pile of sticks and debris.”

The baby was clothed in only a wet and soiled onesie in 46 degree weather for a minimum of nine hours. But he was taken to a hospital and was in good condition.

Crowley faces charges of criminal endangerment for now, but additional charges are expected. 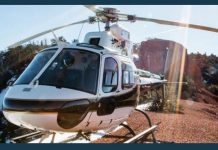 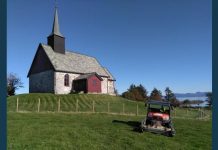