Jan. 21 (UPI) — Chinese health officials said Tuesday a coronavirus has killed at least 6 people and sickened more than 300 as the World Health Organization called for an emergency meeting and confirmed it can be spread by humans.

The number of confirmed cases in Hubei province, where Wuhan is located, has risen to 270; Beijing has five, Guangdong province 14, Shanghai six, Zhejiang five and Tianjin two.

The new measures follow President Xi Jinping ordering increased efforts to stop the spread of the disease Monday, but there are fears efforts to contain the virus impeded by Chinese bureaucracy have come too late. Hundreds of millions of Chinese are expected to travel across the country in the coming days ahead of the Lunar New Year and raise concerns of a potential increase in cases.

Health officials in Wuhan first confirmed it was treating patients suffering from pneumonia caused by an unknown virus on Dec. 31, but infrared temperature screening areas were not installed in the city’s airports and stations until January 14, according to state media.

The disease was soon identified as a coronavirus, similar to the one behind severe acute respiratory syndrome, or SARS, which killed hundreds of people in China in the early 2000s, and that it is believed to have originated from a now-closed Wuhan seafood market.

The new coronavirus has since spread throughout China with confirmed cases separated by nearly 1,500 miles in Beijing and Shenzhen. Confirmed cases have also turned up to hospitals in South Korea, Japan and Thailand with more than 100 suspected cases reported in Hong Kong.

In Australia, one man suffering from symptoms who recently visited Wuhan is under quarantine at his Brisbane residence as health authorities run tests to confirm if he is carrying the virus, Australia’s ABC reported.

Fears over the disease’s spread have been stoked following WHO’s revelation that human-to-human transmission is possible after officials initially said it was believed to be transferable only by animals.

Zhong Nanshan, director of the Guangzhou State Key Laboratory of Respiratory Disease, said Monday night on state-run television the disease has been found in patients who lived hundreds of miles from Wuhan.

“Now we can say it is certain that it is a human-to-human transmission phenomenon,” he said.

The way to battle the disease is to bar those with symptoms from leaving Wuhan, a city of some 11 million people and home to an international airport, he said.

“At present, there is no special cure for this new coronavirus and [we are] conducting some tests with animals,” he said. “We expect the number of infected cases will increase over the Lunar New Year travel period and we need to prevent the emergence of a super-spreader of the virus.”

Fifteen medical staff treating infected patients have been diagnosed, CNA reported. Airports in Asia, Australia and the United States have introduced mandatory screenings for passengers arriving from Wuhan and those who present pneumonia symptoms will likely be quarantined.

The World Health Organization said Director-General Tedros Adhanom Ghebreyesus has called for an emergency committee to convene Wednesday to determine if the outbreak should be declared “a public health emergency of international concern.”

I am convening an Emergency Committee to ascertain whether the novel #coronavirus (2019-nCoV) constitutes a public health emergency of international concern and what recommendations should be made to manage the outbreak.https://twitter.com/WHO/status/1219317208205209600?s=20 …

BREAKING: WHO Director-General @DrTedros will convene an Emergency Committee on the novel #coronavirus (2019-nCoV) under the International Health Regulations.
The Committee will meet on Wednesday, 22 January 2020. 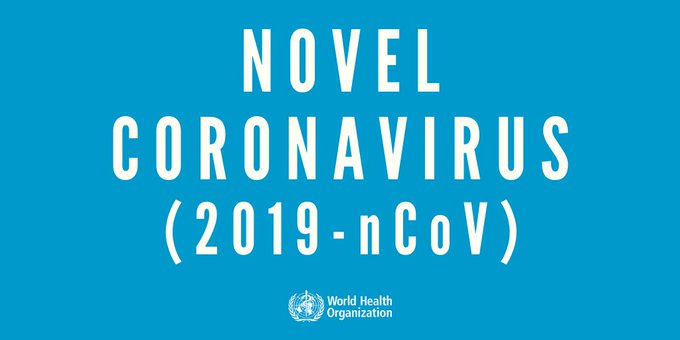