Feb. 8 (UPI) — The International Committee of the Red Cross said six of its workers were killed on Wednesday in northern Afghanistan by gunmen.

“Shocked and devastated. We confirm that 6 ICRC staff were killed and 2 are missing in Jawzjan province, Afghanistan,” the delegation of the ICRC in Afghanistan wrote on Twitter.

Taliban spokesman Zabihullah Mujahidm said his organization did not carry out the attack that occurred in the Jawzjan province’s Qush Tepa district.

Jawzjan Gov. Lutfullah Azizi told BBC News that the gunmen are suspected Islamic State militants, adding that the victims of the attack were Afghan.

Officials fear the missing ICRC workers were captured by the gunmen. The Islamic State in 2015 announced plans to expand into Afghanistan but the militant Islamist group has been met by strong resistance from Afghan troops and the Taliban.

The ICRC has been carrying out operations throughout the country, including in Jawzjan, to deliver aid to people affected by deadly snowstorms.

On Tuesday, at least 20 people were killed in a suicide bombing targeting Afghanistan’s Supreme Court in Kabul — an attack claimed by the Islamic State. 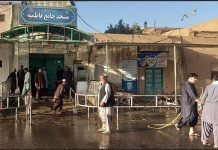 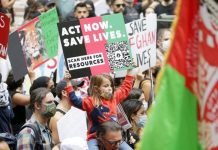