Home US/World News 680 detained in ICE searches of seven Mississippi worksites
Facebook
Twitter
Pinterest
WhatsApp
Aug. 7 (UPI) — Federal immigration officials arrested about 680 people at seven worksites in Mississippi on Wednesday, local officials said.Immigration and Customs Enforcement carried out search warrants at the sites seeking undocumented immigrants and evidence related to federal crimes.ICE agents interviewed, photographed and fingerprinted those who were arrested before processing them for removal from the United States and transporting them to an ICE facility in Louisiana.

“After speaking with the agents, I now know that they are identifying illegal immigrants, versus those who are legal and rounding them up, putting them in buses and carrying them away,” Canton Mayor William Truly said.

Peco Foods facilities in the Canton, Bay Springs and Sebastopol areas were among the sites included in the searches.

“HSI’s worksite enforcement efforts are equally focused on aliens who unlawfully seek work in the U.S. as well as the employers who knowingly hire them,” HSI New Orleans Special Agent in Charge Jere Miles said.

Peco issued a statement saying the company was fully cooperating with authorities in the investigation and “navigating a potential disruption of operations.”

Jackson Mayor Chokwe Antar Lumumba condemned the searches and called on faith institutions to serve as a safe haven for immigrants.

“The ICE raids are both dehumanizing and ineffective as a tactic for protecting citizens from potential harm,” Lumumba said. “These raids will only further alienate communities from law enforcement, disrupt community policing efforts and cause law enforcement to forfeit credibility among the people they are sworn to protect and serve.”

ICE’s Homeland Security Investigations team carried out the searches with the U.S. Attorney’s Office for the Southern District of Mississippi. 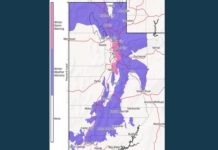 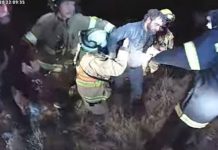