The 9th Circuit Court of Appeals sided with math consultant Aileen Rizo in Rizo v. Fresno County Office of Education, ruling wage disparity based on “prior salary alone or in combination with other factors” violates the Equal Pay Act.

“The Equal Pay Act stands for a principle as simple as it is just: men and women should receive equal pay for equal work regardless of sex,” Judge Stephen Reinhardt wrote. “The question before us is also simple: can an employer justify a wage differential between male and female employees by relying on prior salary? Based on the text, history and purpose of the Equal Pay Act, the answer is clear: No.”

Rizo sued her employer, the Fresno County Office of Education, and county superintendent Jim Yovino in 2012 after learning her male counterparts earned more than she did, despite having less experience.

A three-judge panel from the 9th Circuit Court ruled against Rizo in 2017, upholding a 1982 decision that using prior wages to determine present salary was permissible under the Equal Pay Act as “a factor other than sex.”

The court’s full 11-judge panel, including Reinhardt who wrote the majority opinion before he died in March, heard the case before deciding to overturn the 1982 ruling.

“We took this case en banc in order to clarify the law, and we now hold that prior salary alone or in combination with other factors cannot justify a wage differential,” Reinhardt wrote. “To hold otherwise — to allow employers to capitalize on the persistence of the wage gap and perpetuate that gap ad infinitum — would be contrary to the text and history of the Equal Pay Act, and would vitiate the very purpose for which the Act stands.” 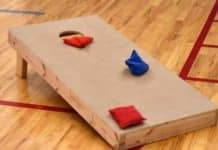 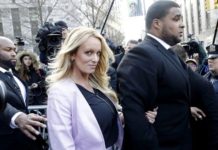