Jan. 14 (UPI) — A 21-year-old man plotted to kidnap a 13-year-old Wisconsin girl after watching her get on a school bus, a criminal complaint filed Monday revealed.

Jake Thomas Patterson was scheduled to appear in court by video feed at 3:30 p.m. Monday, when he’ll face formal charges.

The complaint said that after spotting Jayme Closs board the school, Patterson shot open her family’s door with a 12-gauge shotgun, then shot her parents to death before taking the teen, the complaint said.

Patterson kept Jayme Closs under a bed for hours at a time while he was away from home, the complaint said. Said she was able to push away bins and weights keeping her under the bed to make her escape Thursday, after 88 days in captivity.

He allegedly confessed to police the evening of Jayme Closs’ escape when Douglas County sheriff’s deputies pulled him over. He also admitted he killed her parents, James Closs and Denise Closs.

When he saw her, though, “he knew that was the girl he was going to take.”

After she was released from the hospital, Jayme Closs reunited with nearly a dozen family members. Family members say she’s in good spirits and posted a photo of her smiling with a dog.

“She smiles, she laughs, she talks. Not a lot you know, not a lot,” aunt Suzi Allard said. “She has a lot in her little brain. A lot to process. When she’s ready to talk she will. But we haven’t asked her anything yet.”

“It was so good to just hug her. How wonderful that she was back and I could hug her again,” her grandfather, Robert Naiberg, told NBC News.

Authorities said Patterson took steps to avoid being caught, including shaving his head so he wouldn’t leave a DNA profile at the scene.

Her family said Jayme will soon return to school. 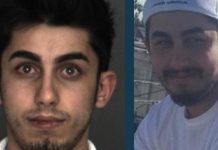 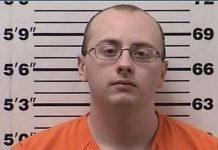 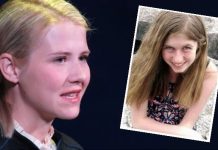