Sept. 15 (UPI) — One of the leaders behind a half-billion-dollar drug operation was arraigned in Los Angeles after being extradited from Colombia, the U.S. Justice Department said.

Victor Hugo Cuellar-Silva appeared in a courtroom Friday after arriving the night before in Los Angeles, the agency said in a news release. He is among the world’s 30 most-wanted accused drug traffickers.

Cuellar-Silva, as head of the Colombia base for the organization, obtained tons of cocaine and other drugs from South American labs and coordinated their transportation in the United States and elsewhere for sale, the Justice Department said.

“This organization is responsible for the manufacture and cross-continent distribution of exorbitant amounts of cocaine, a complex money laundering conspiracy, and a myriad of violent crimes to include murder,” said Daniel Comeaux, Associate Special Agent in Charge with the Drug Enforcement Administration.

A total of 7,700 pounds of cocaine and other drugs was seized in Mexico, Colombia and Los Angeles as part of a four-year investigation into a global drug ring, according to the prosecutors.

After being manufactured in South American labs, they allegedly used airplanes, submarines and “go-fast” boats to move the narcotics to Mexico. Then various means were used to smuggle the loads across the U.S.-Mexico border, with significant quantities of cocaine subsequently sold in the Los Angeles area.

Drugs were even found in frozen cubes of orange juice transported in trucks.

The Justice Department said the indictment, which was unsealed Thursday, is unique in charging high-level traffickers across the entire drug-distribution supply chain.

Also arrested were six California male residents at their homes Thursday on suspicion of operating stash houses and transporting the drugs in cars to be sold. One woman was arrested in her hometown of Boston.

In addition, six other defendants are pending extradition from Colombia and Thailand.

The Mexican kingpin running the whole ring, Angel Humberto Chavez-Gastelum, was listed in the indictment.

“We are still very much on the hunt for him,” federal prosecutor Ryan Weinstein said in a Los Angeles Times report.

Chavez-Gastelum was indicted as a suspect in two murders, including one in which the victim was tortured and dismembered, officials said.

“This drug ring has spread death and misery across the Americas and to other parts of the world, which makes this case among the most significant drug trafficking cases ever brought in this district,” U.S. Atty. Nick Hanna said in a statement. “We are deeply grateful to the government of Colombia for helping us bring one of the key defendants to justice.”

The investigation was conducted by special agents with the Drug Enforcement Administration, U.S. Immigration and Customs Enforcement’s Homeland Security Investigations and IRS Criminal Investigation, which received substantial help from the Colombian, Dutch, Aruban and Thai governments. 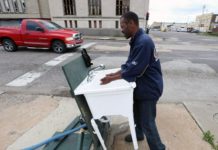 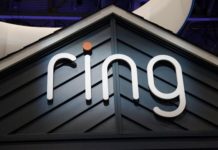