Aug. 18 (UPI) — The American Civil Liberties Union announced Thursday that it came to a settlement with two psychologists who were involved in the creation of the CIA’s controversial interrogation program.

The ACLU sued CIA-contracted psychologists James Mitchell and John “Bruce” Jessen on behalf of Suleiman Abdullah Salim and Mohamed Ahmed Ben Soud, who were interrogated using torture tactics, as well as the family of Gul Rahman, who the CIA said “likely” froze to death in a secret CIA prison.

“We brought this case seeking accountability and to help ensure that no one else has to endure torture and abuse, and we feel that we have achieved our goals,” the plaintiffs said in a joint statement praising the settlement. “We were able to tell the world about horrific torture, the CIA had to release secret records, and the psychologists and high-level CIA officials were forced to answer our lawyers’ questions. It has been a long, difficult road, but we are very pleased with the results.”

The ACLU said there have been many lawsuits against the CIA interrogation program, but this was the first that had not been dismissed by a federal court.

“Government officials and contractors are on notice that they cannot hide from accountability for torture,” said Hina Shamsi, director of the ACLU National Security Project. “Our clients’ groundbreaking case has changed the legal landscape. It showed that the courts are fully capable of handling lawsuits involving abuses committed in the name of national security.”

Mitchell and Jessen are two former survival trainers who started a private firm that was paid more than $80 million by the CIA to develop an interrogation program after the Sept. 11 terror attacks, reported the Spokesman Review.

In 2014, the Senate Select Report on Intelligence found that Mitchell and Jessen implemented a variety of torture techniques into its interrogation program, including waterboarding, beatings, rectal feedings and mind-bending experiments, reported the Los Angeles Times.

One of those mental experiments was described as “learned helplessness,” which involved inducing a depressed or helpless state due to a stressful environment in an effort to “encourage a detainee to cooperate and provide information.”

The Senate torture report said, “the CIA itself determined from its own experience with coercive interrogations that such techniques ‘do not produce intelligence,’ ‘will probably result in false answers,’ and had historically proven to be ineffective. Yet these conclusions were ignored.” 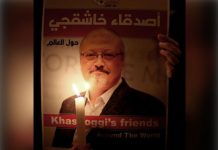 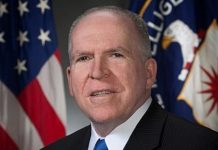