Jan. 18 (UPI) — Thousands took to the streets Saturday in Washington, D.C., — and elsewhere across the globe — to participate in the fourth annual Women’s March advocating for women’s equality.

The annual was first held in January 2017, with hundreds of thousands of women marching in the nation’s capital following President Donald Trump’s inauguration Jan. 21, 2017.

Saturday’s protest in Washington, D.C., one of 300 events across the United States, according to the Women’s March website, was expected to be the smallest in the nation’s capital as some groups in recent years have cut ties.

Women’s March organizers initially said there would not be speakers, big names, or the presence of a stage Saturday, but the D.C. march began with all three.

She told the crowd this year marks 100 years since the 19th Amendment was ratified granting women the right to vote. The weekend also honors the legacy of her late father-in-law, civil rights leader the Rev. Martin Luther King Jr.

“Remembering is not enough,” she said. “We must see this march as a time of re-dedication and renewal — this can be the decade that ushers in new freedom.”

As snow fell on the crowd, she continued, “Our bodies may be cold, but our souls are on fire today.”

Among the crowd was a woman wearing a “Handsmaid’s Tale”-inspired red dress and holding a sign that said “vote while you still can.”

Another protester, A.J. Campbell, 51, wearing a pride flag displaying a Jewish star, is a community organizer with group Zioness. The group protested the march last year, accusing some leaders were accused of anti-Semitism.

Campbell said the organization has made “definite progress” this year by replacing members of its board.

In New York City protests, thousands filled three blocks from West 61st Street to West 64th Street, many in pink hats, and woman carried signs with slogans, such as “Elect Women,” and “My body, My choice.”

In Philadelphia, the march also went on as planned despite snowy weather.

The March on Philadelphia is separately run from the Women’s March in Washington, with the theme this year being “The Year of the Woman,” after record-breaking elections of women in the midterms. 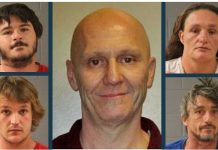 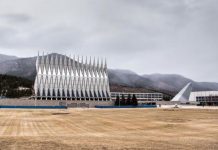