March 27 (UPI) — Advocacy groups have filed a legal challenge against a controversial new Georgia law that critics say aims to suppress voters in the state, particularly voters of color.

The new voting laws in Georgia are among dozens filed in recent months by Republican-controlled state legislatures nationwide, which might appear to be reactionary to victories by Democratic President Joe Biden in November and Democrats Jon Ossoff and Raphael Warnock in Georgia’s key Senate races in January.

Those victories gave Democrats control of the White House and the Senate, to go along with an already Democrat-held House.

The law passed in Georgia contains sweeping changes for voters — including a more stringent requirement for voter ID and restrictions for ballot collection boxes in the state — and allows the state government to take over local elections.

The law also bans volunteers from giving food or water to voters waiting in lines at Georgia polling places — a clear indication, opponents argue, that the law is designed to push down voter turnout.

Republicans who supported the changes argued they strengthen the integrity of voting. Former President Donald Trump and numerous Republicans began alleging widespread voter fraud after he lost the White House in November — although dozens of legal challenges filed after the Nov. 3 election all failed due to lack of evidence or standing.

“I was proud to sign [the bill] to ensure elections in Georgia are secure, fair, and accessible,” Georgia Gov. Brian Kemp tweeted Thursday. “I appreciate the hard work of members of the General Assembly to make it easy to vote and hard to cheat.”

Biden described the new rules as “Jim Crow in the 21st century.”

“This law, like so many others being pursued by Republicans in statehouses across the country is a blatant attack on the Constitution and good conscience,” he said in a statement issued Friday.

“We have a moral and constitutional obligation to act.”

“These provisions lack any justification for their burdensome and discriminatory effects on voting,” the 35-page suit states.

“Instead, they represent a hodgepodge of unnecessary restrictions that target almost every aspect of the voting process but serve no legitimate purpose or compelling state interest other than to make absentee, early and election-day voting more difficult — especially for minority voters.”

Democrats won the White House and both of Georgia’s Senate seats on a substantial wave of mail voting, due to the COVID-19 pandemic. During the 2020 campaign, Biden repeatedly encouraged voters to cast ballots by mail to increase turnout — while Trump resolutely spoke against the practice, even though he himself votes by mail.

Raffensperger became widely known in the weeks following the Nov. 3 election for defying Trump’s repeated attempts to overturn the vote for Biden in Georgia. Kemp, who also rebuked Trump’s efforts to overturn the Georgia vote and was repeatedly criticized by the former president for doing so, signed the bill into law on Thursday.

The advocates’ legal challenge asks the U.S. District Court in Atlanta to strike down the Georgia law as unconstitutional — specifically, that it violates the First and Fourteenth Amendments and the Voting Rights Act of 1965.

“After the senatorial runoff elections, Secretary Raffensperger declared in a nationally televised interview that Georgia ‘had safe, secure, honest elections,'” the lawsuit notes.

“Despite nationwide scrutiny of Georgia’s elections, which only confirmed the absence of any fraud, insecurity, or wrongdoing, Republican members of the General Assembly voted to pass sweeping omnibus legislation that is clearly intended to and will have the effect of making it harder for lawful Georgia voters to participate in the State’s elections.”

“And it will impose these unjustifiable burdens disproportionately on the State’s minority, young, poor, and disabled citizens,” it continues.

“At no point during the 2020 election cycle did any elections official, any lawsuit, or any voter reveal anything in Georgia’s election administration requiring any of the measures in the [new law] to ‘ensure’ election integrity.”

In multiple tweets this week, Raffensperger noted that former Georgia gubernatorial candidate Stacey Abrams made similar claims of unfounded fraud when she narrowly lost her bid to lead the state in 2018. 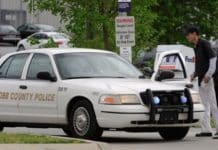