Hess reported a net loss in the third quarter of $624 million, a loss that was nearly 90 percent higher than reported during the same period last year. The company attributed most of the loss to a change in tax structure, though production was lower across most of its portfolio.

“We are successfully executing our strategic plan to focus our portfolio by investing in our highest return assets and divesting mature higher cost assets,” CEO John Hess said in a statement. “These actions in turn will lower our cash unit costs, bolster our balance sheet and prefund our world class investment opportunity in Guyana, which will position us to deliver a decade plus of returns-driven growth and increasing cash generation for our shareholders.”

The company this week shed assets across a wide portfolio range to help fund operations at the Liza field in Guyana. Working alongside Exxon Mobil, the company said it would cost about $3.2 billion to develop the broader offshore Liza field, which may contain as much as 2.75 billion barrels of oil equivalent.

Hess this week secured more than $2 billion in the sales. The CEO said Guyana would yield “a decade plus of returns-driven growth.”

Drilling operations are scheduled through next year and Hess said the first phase of operations at the Liza discovery should enter into production by 2020.

Across the rest of its portfolio, Hess reported a decline in output for the third quarter. Not counting Libya, the company said net production averaged 299,000 barrels of oil equivalent per day, a 4.7 percent decline from the same period last year.

In the United States, one of the largest oil and gas producers in the world, Hess said production at the Bakken shale formation was reduced because of “adverse weather and delays in completing new wells.” Output from the Gulf of Mexico was 3.2 percent lower than the same period in 2016. 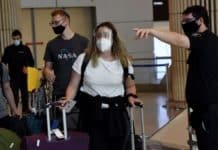 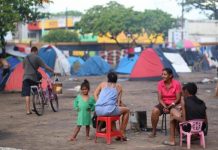 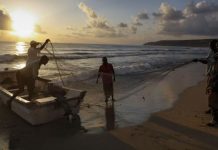 Missing Guyana fishermen may have been killed by pirates