Sessions said he directed U.S. attorney John Huber of Utah to lead the investigation into Republicans’ allegations that the FBI and Department of Justice abused a surveillance program against a former Trump campaign aide and determine whether a second counsel may be required in the future.

“To justify such an appointment, the attorney general would need to conclude that ‘the public interest would be served by removing a large degree of responsibility for the matter from the Department of Justice,” he told congressional Republicans.

In a letter to Republican committee chairmen Chuck Grassley, Bob Goodlatte and Trey Gowdy, Sessions said the Department of Justice is “not above criticism” but a second special counsel can only be appointed under “the most ‘extraordinary circumstances.”

“The additional matters raised in your March 6, 2018, letter fall within the scope of his existing mandate, and I am confident that Mr. Huber’s review will include a full, complete, and objective evaluation of these matters in a manner that is consistent with the law and the facts,” Sessions wrote.

Sessions also noted he directed Justice Department Inspector General Michael Horowitz to open a review into the department’s compliance with certain legal requirements and department and FBI policies and procedures with respect to certain applications filed with the U.S. Foreign Intelligence Surveillance Court.

Horowitz’s review was announced Wednesday and the Office of the Inspector General said it will pertain to a “certain U.S. person” but did not disclose the identity of that person. 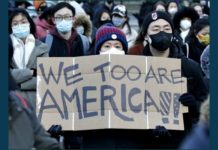