Sessions had been scheduled to testify on the same day before the House and Senate appropriations subcommittees. Instead, he will send Deputy Attorney General Rod Rosenstein to those hearings to discuss budget matters, Sessions wrote in letters to the chairmen of the subcommittees.

“Some members [of the appropriations committees] have publicly stated their intention to focus their questions on issues related to the investigation into Russian interference in the 2016 election, from which I have recused, and for which the deputy attorney general appointed a special counsel,” Sessions wrote. “In light of reports regarding Mr. Comey’s testimony before the Senate Select Committee on Intelligence, it is important that I have an opportunity to address these matters in the appropriate forum.

“The Senate Intelligence Committee is the most appropriate forum for such matters, as it has been conducting an investigation and has access to relevant, classified information,” Sessions continued. “Therefore, I am pleased to accept the invitation to appear before members of that committee on June 13th.”

It wasn’t specified whether he would testify in an open or closed setting.

Comey testified in closed session that Sessions may have had a third, unreported meeting with Russian Ambassador Sergei Kislyak, according to CNN sources. Sessions didn’t mention any meeting with Kislyak as a senator during his confirmation process but later as attorney general he recused himself from the investigation into Russian meddling in the election.

Trump asked Sessions, along with other members of the Trump administration, to leave him and Comey alone after a counter-terrorism briefing Feb. 14, one day after national security adviser Michael Flynn was fired.

“I replied only that ‘he is a good guy,'” the former bureau chief added. “I did not say I would let this go.” 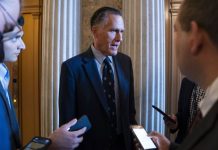 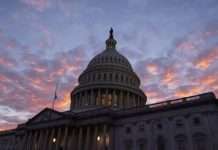