Dec. 6 (UPI) — Airline companies around the world will end 2017 with 11 percent more profit than previously estimated for this year and will continue profit growth into 2018, the International Air Transport Association said Tuesday.

Net profit for 2017 will total $34.5 billion, which is $3.1 billion more than June estimates had the year ending. And next year, airlines are expecting to take in a total of $38.4 billion.

The IATA said the higher revenues are due in part to more passengers and more cargo. Passenger numbers grew 7.5 percent this year, while cargo numbers jumped 9.3 percent.

“These are good times for the global air transport industry. Safety performance is solid. We have a clear strategy that is delivering results on environmental performance,” Alexandre de Juniac, IATA’s Director General and CEO, said in a statement. “More people than ever are traveling. The demand for air cargo is at its strongest level in over a decade. Employment is growing. More routes are being opened. Airlines are achieving sustainable levels of profitability.”

Airlines in North America generate nearly half of airline revenue across the globe and the largest net profit with $15.6 billion this year. And the IATA said growth is expected to continue in 2018 by nearly $1 billion to $16.4 billion.

European airlines generate the second-most revenue when compared by region and made $9.8 billion in net profits this year. Profits are expected to grow by more than $2 billion in 2018, up to $11.5 billion.

“European airlines are benefiting from a strong economic recovery in home markets, including Russia, a rebound from the terrorism events of 2016, and some consolidation following the failure of several regional airlines,” the IATA said. 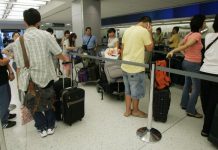